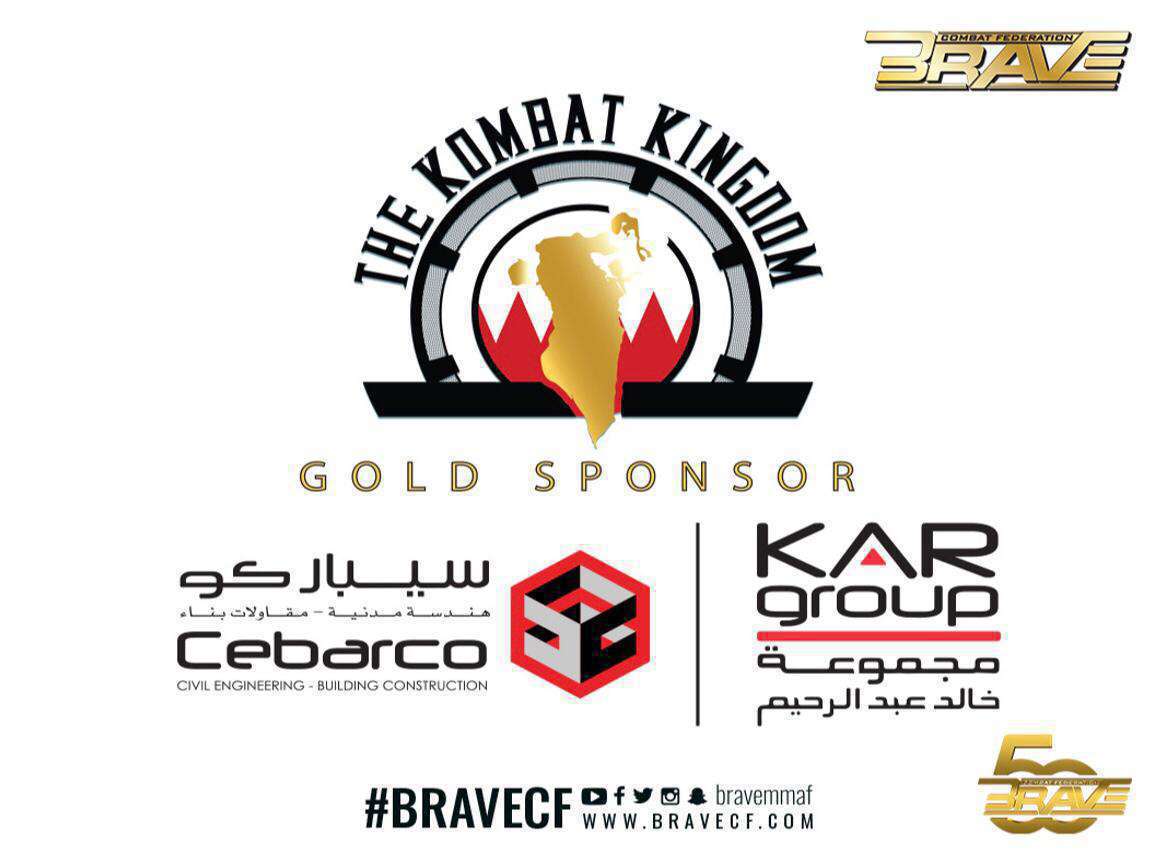 The largest sports media property in the middle east BRAVE Combat Federations has partnered up with Bahrain's leading construction and civil engineering company Cebarco for the monumental return of four events to the Kombat Kingdom.

Established in the 90s, Cebarco has grown alongside the Kingdom of Bahrain taking on some of the nations biggest projects building landmarks and transforming cities and skylines. Now, alongside BRAVE CF, they will become part of reaching a new milestone for a Bahrain-based company and breaking records in combat sports.

“We are delighted to be a part of an organization which has been part of creating milestones in Bahrain,” says Mohammed Abdulrahim, director of Cebarco. “BRAVE CF, under the leadership of HH Shaikh Khalid Bin Hamad Al Khalifa, has given platform to many athletes and a way to accomplish their dream both locally and globally."

The fastest growing promotion's return to Kombat Kingdom will include the celebration of reaching its 50th event on April 1st. BRAVE CF will be the first global mixed martial arts organization to reach 50 events in recording breaking time while visiting the most number of countries, 21 different nations.

Cebarco is proud and happy to be a part of making history in the kingdom of Bahrain," says Abdulrahim.